It’s a common misconception that summers is the UK are cursed to be rainy. During the months I spent in Oxford in 2022, most of the time there were no clouds in sight – instead we experienced one of the worst heatwaves and droughts of the last decades. On the upside, if you actually get the chance to be outside without getting soaked, you will notice that Oxford is definitely one of the most beautiful cities in Europe. 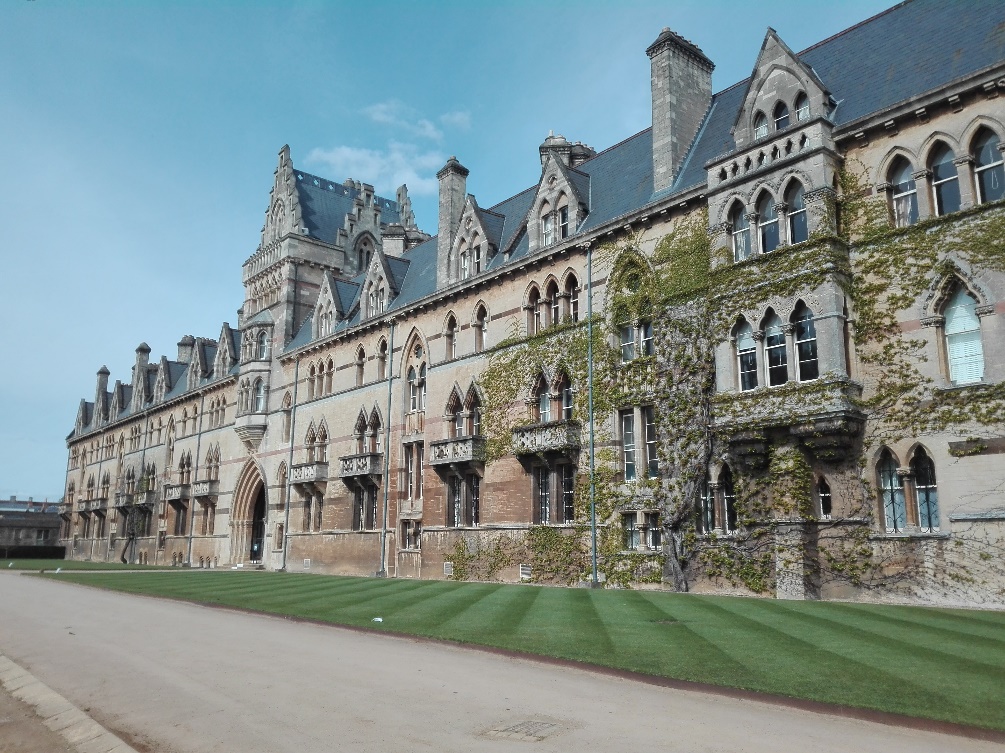 In December of 2021, I was starting to think about what I would like to work on for my Bachelor thesis. Talking to one of my professors at the FAU, to my surprise he suggested to get in contact with a professor he knew at the University of Oxford, Philipp Kukura. After meeting with him over Microsoft Teams to discuss a potential project and timeline and a few days later with a postdoc of his who would become my main reference person, it was fixed: I would go to the UK from April-September 2022 to work on a project for my Bachelor thesis. Once that was clear, the rest of the organisation was fairly easy: Thanks to the great help of the PA, I was able to arrange for a room at Exeter House, a graduate student accommodation, and could already attend a safety induction for the institute I was going to work at. After that, all that was left to do was to purchase a flight ticket – staying just a few days short of six months, I didn’t even need a visa, despite Britain’s fabulous decision to vote for Brexit…
In general, there was always someone to talk to if I needed help with any of the organisation. For example, I spontaneously got the chance to attend a conference on biophysics in Galway, Ireland together with the group during my stay and everything I had to do to come along was settled within a single day.

Finances might have been my main concern before deciding to visit Oxford for my thesis. Thanks to amazingly unbureaucratic support from the Physics Advanced study course, and a stipend I applied for from the DAAD, I was able to cover about half of the housing costs. Fortunately, I could pay for the rest because of my Hiwi job at the Fraunhofer IISB in Erlangen. One certainly has to keep in mind that housing costs in Oxford are unbelievably high, everyone living in Oxford and its surroundings is acutely aware of that. For the amount you pay for a single room there, you could most probably get a 3-bedroom apartment in Erlangen. But apart from that, living expenses are quite similar to what we are used to in Germany, supermarket prices are the same if not slightly lower. However, of course we also liked to go out as a group in the evenings, and food & drinks at restaurants are absolutely not cheap as well.

The Kukura group I became a part of during my visit is located at the Kavli Institute for Nanoscience Discovery and it is part of the Biochemistry Department of the University of Oxford. The building itself is brand-new – the offices are open-plan so as to encourage regular exchange between group members and different groups. Every day, there was coffee and cookies given out in the afternoons so that everyone working at the institute could get together and chat. Coffee time sometimes included several short talks by PhD students or postdocs on their current research giving a fantastic overview of what was going on in different fields. It was a truly international environment, and I got the chance to talk to people from all around the world which was a terrific experience. Additionally, there were seminar talks and invited speakers every week.

The project I was working on for my Bachelor thesis was the ‘Analysis of protein interactions in high concentration solutions with Rapid Dilution Mass Photometry’. The Kukura group has developed a microscopy technique called ‘Mass Photometry’ which enables the detection of single proteins and therefore the analysis of heterogeneous protein solutions and complex protein interactions. Mass Photometry can even be extended to membrane proteins or DNA [1,2,3]. My aim was to make it possible to probe protein solutions of high concentrations using a rapid dilution technique realised via injection of the solution using a microcapillary. During my work, I greatly benefitted from the experience building microscopes and optical setups in general – moreover, I came into contact with the state-of-the-art in biochemical studies and it was highly motivating to see how fundamental research can directly translate into applications and understanding of important biological mechanisms: Mass Photometry can, for example, help with developing drugs and gaining insight into the consequences of mutations in the SARS-CoV-2 virus spike protein.

As already mentioned, Oxford offers a lot in terms of sightseeing. Especially noteworthy are the colleges, the old library buildings and churches. Something I also enjoyed were walks along the river Thames or through one of the parks. The restaurants provide a wide variety of different cuisines. But not only that, it’s also very much uncomplicated to catch a bus to London and spend a day there, the ride only takes around 1 hour. I made use of that quite a few times, seeing some of my favourite musicals, visiting the Royal Observatory, the banking district, and the obligatory sights such as the Tower Bridge, the Palace of Westminster, … . 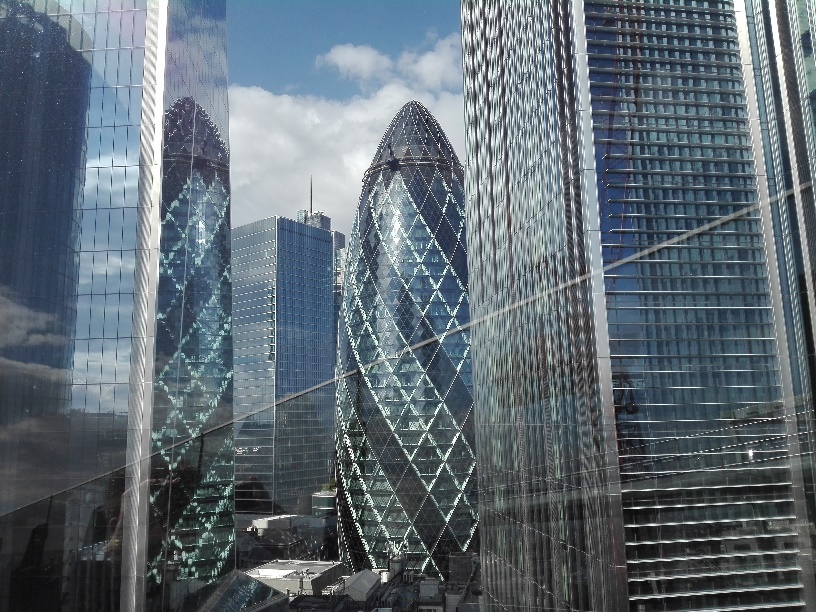 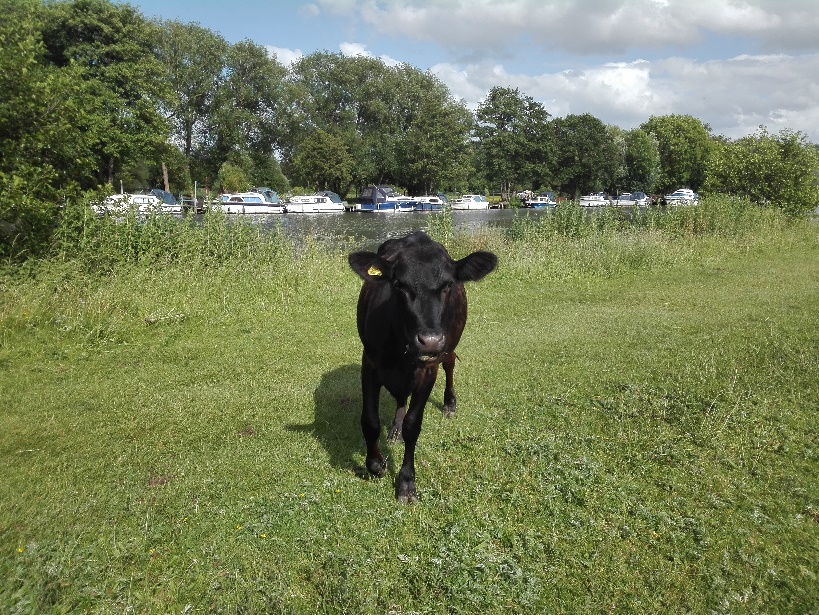 I’m extremely happy I got the awesome opportunity so spend half a year at Oxford to work on my Bachelor thesis. From the scientific point of view, I can only recommend ‘branching out’ into other fields – for me, using physics in biochemistry research naturally meant slightly leaving my comfort zone by I learned a lot by doing so. Spending a semester abroad in general is the perfect way to get to know another culture (some of the British really liked their Queen)! 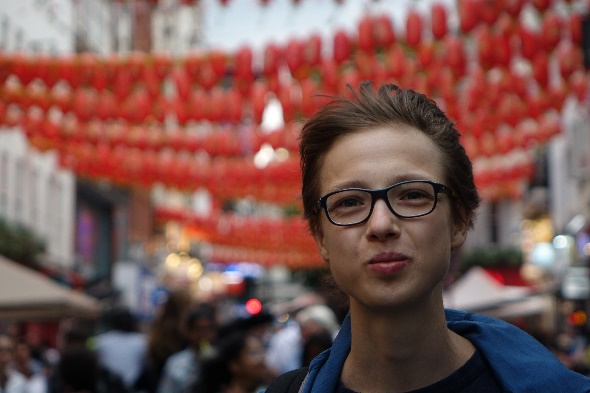