Lukas in Hawai’i (US)

Lukas in Hawai’i (US)

Hi, my name is Lukas, and I’ve been studying “Physics Advanced” in Erlangen since 2018/19. During the summer semester break of 2021, I participated in RISE Worldwide, a program in which Bachelor students can apply for financially sponsored research internships at universities worldwide. This program allowed me to work for ten weeks at the University of Hawaiʻi at Mānoa with Professor Philip von Doetinchem and his working group.

Applying for a research internship in RISE Worldwide

In RISE Worldwide, professors from universities around the globe can offer a research internship to a German Bachelor’s student. Each student can apply for up to three of these internships per year. To my knowledge, the time window to submit an application is from 1st November to 15th December every year (except for Canada, where the time window is earlier).

One needs a letter of recommendation from a professor to apply for an internship. The “Physics Advanced” program is very helpful in overcoming that obstacle because it enables its participants to connect to professors in Erlangen and Regensburg quickly, thanks to the small course sizes and the possibility to carry out research projects in early Bachelor semesters.

A few months after the application time window has passed, you will be noticed whether your application was accepted by one of the professors. If yes, you will receive a scholarship with financial support from the DAAD. At this point, you will have about half a year to plan your perfect summer semester break!

Hawaii provides countless activities to rest after a day of work and on the weekends. I lived in Honolulu, which is the state’s capital. The city houses many international restaurants and has a rich nightlife. It is home to several incredible beaches, including the famous Waikiki Beach. I also learned a lot about Hawaiian culture during my stay from speaking with locals and visiting the Bishop Museum, which impressed me greatly.

Outside the city, you can find many hiking trails, great routes for bicycling, and stunning, long beaches where you can easily walk for hours without meeting another person. 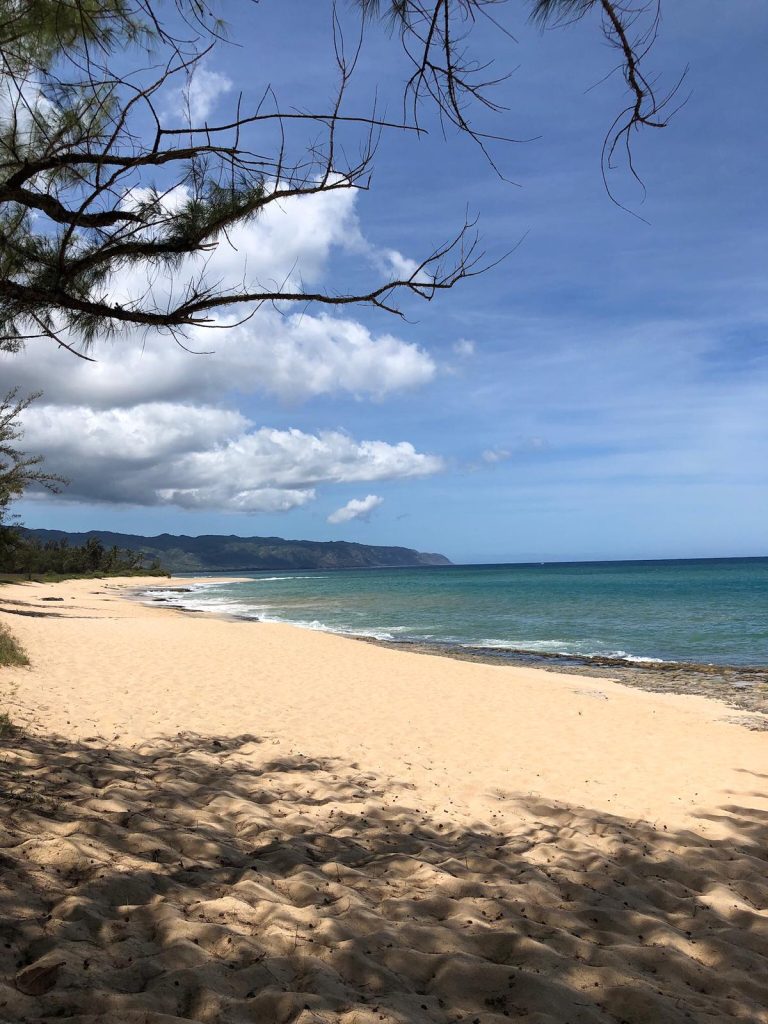 I want to give you a summary of the project I worked on during my stay. If you are interested in a detailed explanation, I invite you to take a look at my research project.

My work revolved around treating the so-called “access problem” that deals with whether particles from the cosmos can reach a chosen point in the atmosphere or whether the cosmic particle is bent away by Earth’s magnetic field. This problem is very relevant for particle detectors that travel through the atmosphere, e.g., the AMS-02 experiment on the ISS. Suppose you are interested in measuring low-energy particles with your detector. In that case, you must ensure that the magnetic field does not prevent access for that kind of particle to your detector, i.e., you have to deal with the access problem. 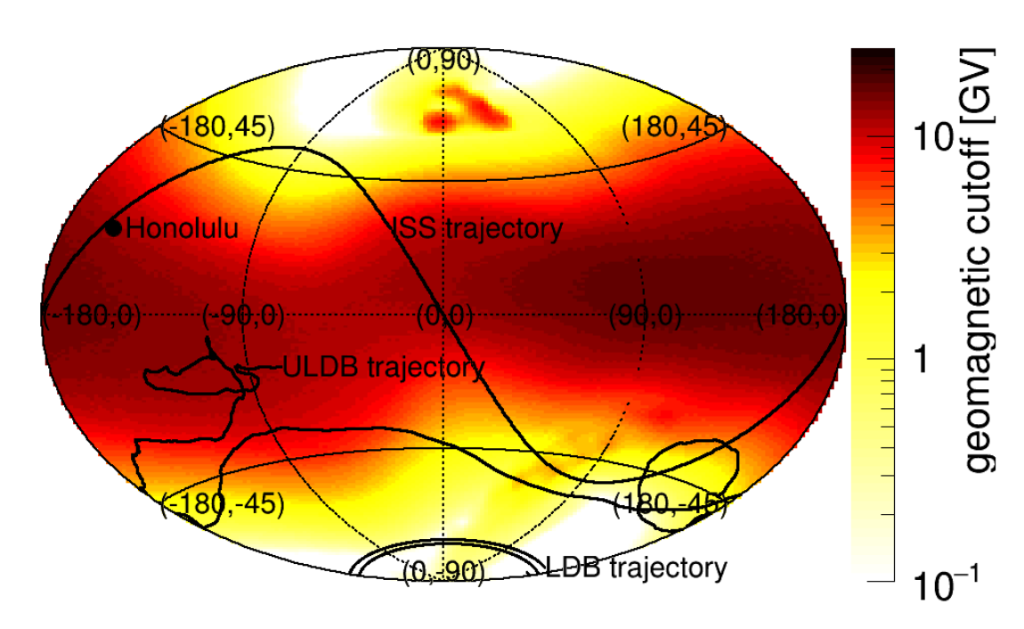 This cutoff map was calculated before I arrived in Hawaii. From the structure of Earth’s magnetic field, one would expect that the highest cutoff rigidities are found at the equator and that they would get smaller the farther one goes to the North/South pole. The latter point is the reason why the appearance of the red cutoff hotspot at around (65° N, 0° E) in the above cutoff map was somewhat surprising. My first task was to find out why this hotspot appears: is it an unintuitive physical phenomenon or a bug in the software? I formulated a strategy to determine whether it was a bug, and after finding enough evidence that it had to be a bug, I localized and fixed it.

During my search for the bug, I better understood the inner mechanisms of a cutoff rigidity calculation with PLANETOCOSMICS. I presented this to the working group, and we agreed that the default algorithms had some properties that were unfavorable for our specific purposes. My next task was to work out an improved version of the default algorithm that lifted these properties. In the end, the new algorithm could calculate so-called cutoff histograms, which store the calculated information in a more detailed way than before.